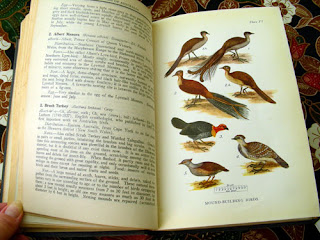 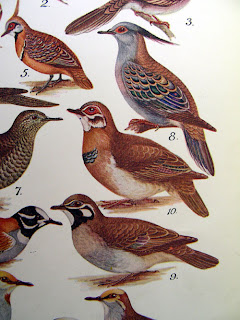 great presentation! Good to see some new names on the list, well done.

Brilliant Snail, you've inspired me to take Cayley down off the shelf and start reading. After I've got through this lot of course!

Beautiful presentation, Snail! Thanks for having us.

Thank you for hosting. What a fun read!

Thanks for hosting ‘I and the Bird #41’ and for the wonderful presentation. This is always much appreciated!

d'oh - I haven't managed a bird post this fortnight!

Great presentation and hosting - really like the look of that old school field guide.

It's always fun to look through those old bird books isn't it? Great edition!

Just got home from work to see all these comments!

I'm glad you enjoyed it. Of course, a carnival is only as good as its contributions. And what a splendid bunch they are!

I was directed to you by Journey through Grace and I'm so glad I visited your blog today! Total joy! Thanks...

Thanks for hosting. Good job organizing everything. I visited as many as I could today and will try to come back tomorrow.