Cape Nelson is one of a series of headlands that project into the Southern Ocean from the Portland Peninsula. It is part of an extinct volcano that was breached and eroded by the sea and then smothered by sand dunes. Black basalt lies beneath the dune calcarenite, forming resistant rock platforms that take a pounding from big waves. (There's nothing but ocean between the capes and Antarctica.) 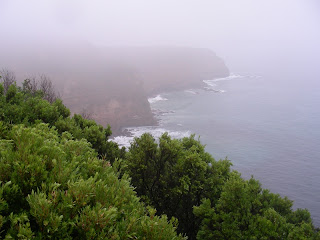 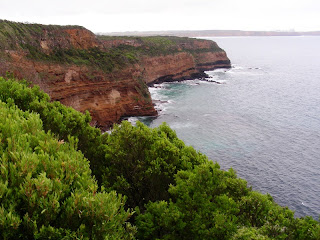 Vegetation is coastal heath and woodland. The eastern side of the Cape is (relatively) sheltered, so it supports a well-developed low woodland of eucalypt and wattle with moonah and grass trees. The flora includes an endemic subspecies of soap mallee (Eucalyptus diversifolia macrocarpa). The trees have just finished flowering — missed it by that much — and are now producing fruit. 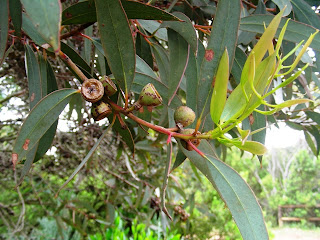 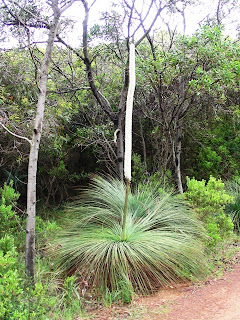 Echidnas, red-necked wallabies* and tiger snakes are common in the area. I saw echidna excavations (they are industrious animals) and a wallaby but no snakes this time. There were plenty of birds, especially New Holland honeyeaters and brush bronzewing pigeons. 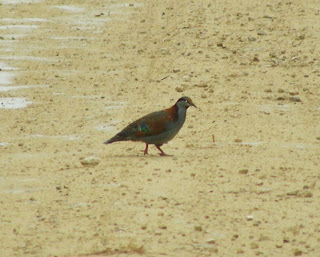 The southern and western edges of the Cape are exposed to the Southern Ocean. Here the vegetation is battered and bonsaied by the wind and salt spray. Cushion bush (Leucophyta brownii) dominates the cliff tops, providing shelter for smaller plants. Many species of invertebrates (including amphipods, ants and snails) live beneath the cushion bushes, where they are protected from desiccation. 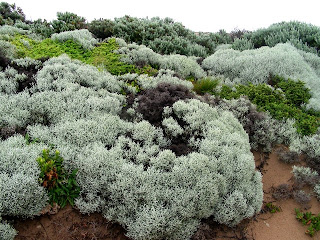 A patchwork of plants 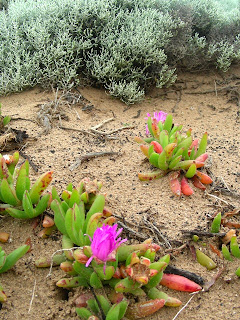 Bright among the greys and greens 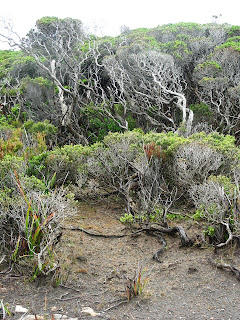 Resistance is not entirely futile

The Cape Nelson lighthouse and two residences were built in the 1880s from locally-quarried bluestone (basalt). A 435 metre long stone wall encloses the compound to keep out the wind. But it doesn't keep out the rain ... 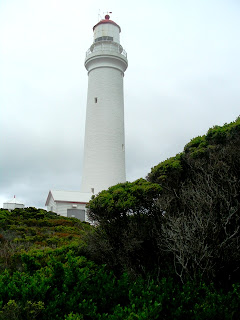 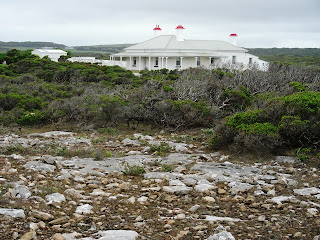 Residence
____
* Named after their banjo-playing skills. Or the collar of russet-coloured fur. One or the other.
Posted by Snail at 2:20 pm