I've been poring over the real estate listings for the Atherton Tablelands and ringing agents with my requirements:


Okay, that last one was greeted with hearty chortles when I mentioned it. But there's always satellite broadband. If it's not raining. Which it usually is. Oh, sod it. Semaphore, anyone? 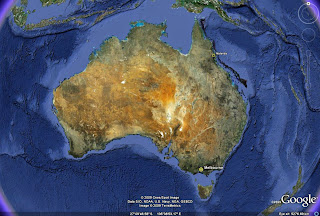 Anyhoo, I thought it might be useful to give an idea of where I'll be heading in June. (Which is only … weeks … away now.) The next Snail Shell will be in the central/southern Atherton Tablelands. (I've used Malanda as a marker on this Google Earth image, although that might not be exactly where I settle.)

Why move to the Tablelands? 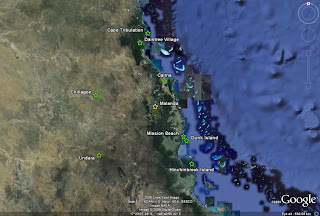 They're in the middle of the Wet Tropics World Heritage Area, which is pretty much a zoological El Dorado. They're also at a high elevation, so are cooler than the coastal lowlands. Don't underestimate the importance of climate. In winter (the drier season), you have to wear long sleeves at night. You might also have to stoke up the combustion heater. Sounds good, doesn't it?