Chillagoe: the Ramparts I

Yesterday, I headed inland to Chillagoe with a friend who was looking at plants. As you know, I completely lack any botanical credibility, so I thought this would be a chance to chip away at my ignorance. (It was also a good opportunity to boost my vitamin D levels. It's been a long time since I've encountered so much sun.) 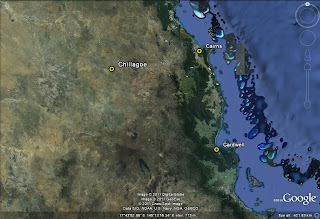 Chillagoe is a small cattle and mining township about 220 km by road from Cairns or 150 km as the Torresian crow flies. 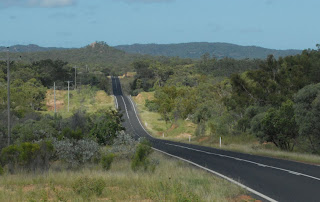 It lies on the Burke Developmental Road, which runs west from Mareeba to the Gulf of Carpentaria town of Normanton. It's not like this all the way. 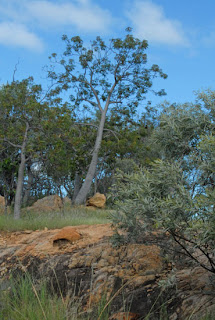 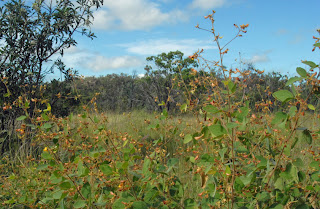 Roadside plants include the pea Cajanus reticulatus and a variety of eucalypts. 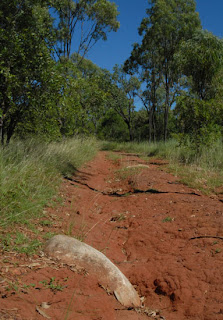 Chillagoe-Mungana National Park is made up of several sections, each covering a patch of limestone with associated vine thicket and savannah woodland. The Ramparts is to the east of town, so is the first section encountered when driving in from the coast. The track is not designed for limousines. 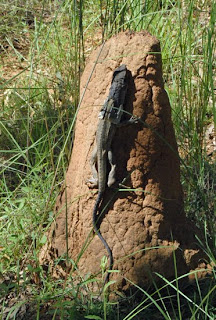 Frilled lizards (Chlamydosaurus kingii) are known for their defence behaviour, in which they erect the frill of skin around their heads and rush open-mouthed at a threat. (The frill is the Darth Vader helmet.) 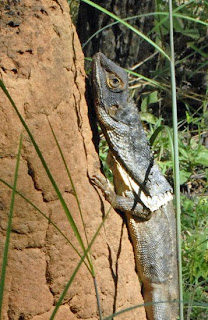 This one opted for the more downbeat behaviour of clinging to a termite mound and hoping that the threat wouldn't notice. It was wrong.
Posted by Snail at 7:58 pm