Despite the abundance and diversity of butterflies on the rainforest edge, I haven’t had much success in photographing them. While the nymphalids sometimes rest long enough for a quick pic, the others are far too flighty. That's if they come down from the canopy at all. (And why would they? It’s where the sunlight and flowers are.)

Birdwings of the genus Graphium are fast and erratic fliers. The green-spotted triangle (Graphium agamemnonusually hangs around the tree tops, rarely bothering to visit the ground floor. And when they do, there’s no time to grab the camera. I’ve glimpsed plenty of green-spotted triangles, but haven’t had much of a chance to study them.

But these two were occupied... 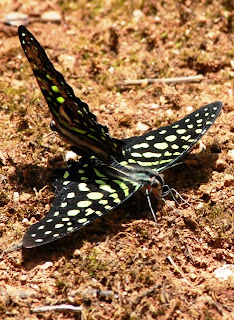 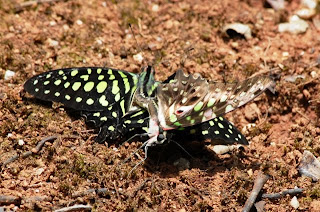 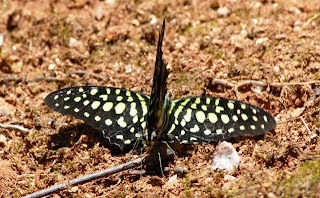 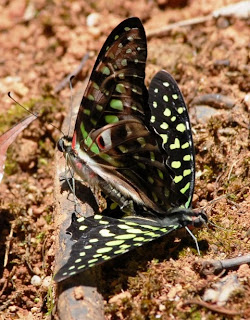 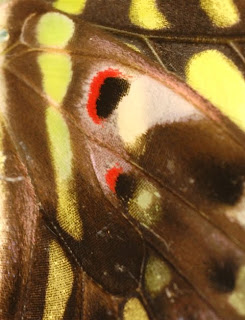 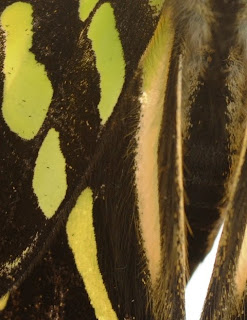 The species has a wide distribution, occurring from India, throughout SE Asia to Queensland. Their caterpillars feed on a range of rainforest plants, but, given my well-known inability to identify anything botanical, I'm not sure where to look! If I do locate any, at least they won't be moving too fast to photograph.
Posted by Snail at 9:40 pm